The Mother of Female Suffrage in the Northwest

"When women's true history shall have been written, her part in the up-building of this nation will astound the world."  -- Abigail Scott Duniway 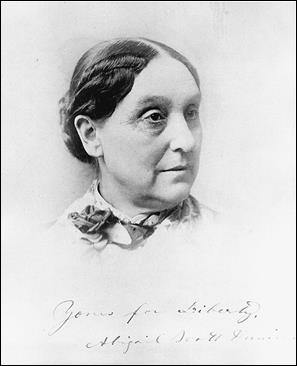 This Election Day, while we wait to see the results from the ballot boxes, we should remember one of the most well-known sibling rivalries of Pacific Northwest politics. Abigail Scott Duniway and her brother, Harvey W. Scott, who went head to head over women's suffrage in Oregon in the early 20th century. Both of the Scotts have McMenamins hotel rooms named for them - Abigail Scott Duniway at Hotel Oregon (near her Lafayette, OR, community) and Harvey Scott at the Grand Lodge, where he was the first graduate of Pacific University as well as the future editor of The Oregonian.

*****
The "Mother of Female Suffrage in the Northwest," Abigail Scott Duniway lived and taught school in Lafayette, Oregon, in the 1850s and '60s. While at Lafayette, Abigail insisted that "obey" be eliminated from her wedding vows, became outspoken about her teacher's pay (which was half the rate that male teachers received), and infiltrated all-male political meetings at the Yamhill County courthouse. She fought for a woman's right to own property in her own name, railed against the unpaid labor of home-keepers, and advocated for women's suffrage in Oregon. 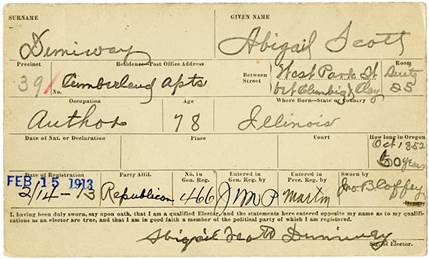 Into the 20th century, Scott Duniway led the charge for women's rights, rallying support from communities across the Northwest by lecturing and writing. She launched The New Northwest, a mouthpiece for the cause, after realizing her brother, Harvey Scott, editor of The Oregonian, wasn't going to support her efforts in his paper. To Abigail's delight, The New Northwest outsold The Oregonian for a time.

In 1912, Abagail's persistence paid off when Oregon became the 7th state in the U.S. to pass a women's suffrage amendment.