Snow and ice are once again forecasted for the greater Portland and Willamette Valley regions later this week. Thanks to all our staff who kept our pubs, hotels, theaters and music venues open during last week's storm - it would be interesting to see how tater tot sales ratcheted up those couple days that schools were closed. (And a special thanks to our staff in Bend, who are probably thinking, "Who cares about snow? What's the big flippin' deal?Jeez.")

In preparation for the next wintery blast, here are some wintery photos from the past.

Edgefield, 1950s. You can just make out an old bus pulled up at the west entrance and the water tower in the back right. 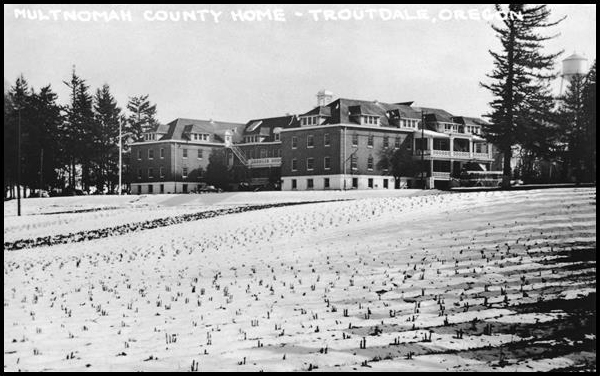 Olympia, WA, in the early 1900s, looking down 4th Ave. In 1935, the Spar Café would open on the left. There has been a saloon, bowling alley or billiards hall on that spot since the 1860s. 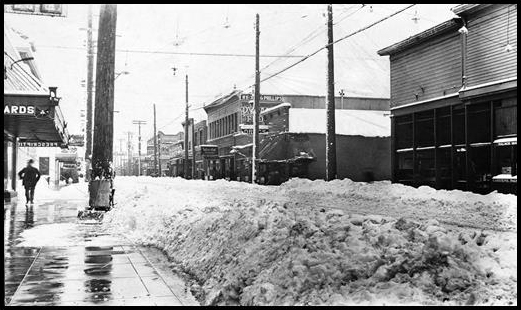 Here we see a Catholic bishop, some priests and altar boys, plus a handful of tuxedoed Knights of Columbus on the Old St. Francis Playground in the 1950s. The annual blessing of the seesaws, perhaps? 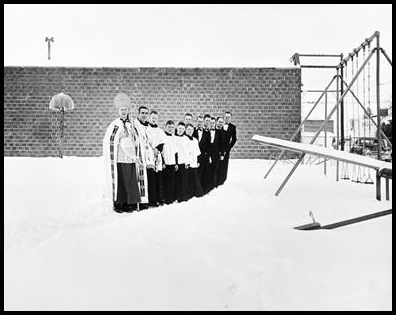 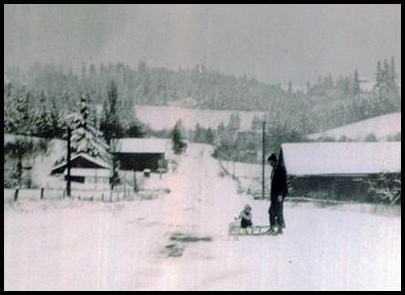 We'd be remiss not to include this fantastic shot of some St. Francis School nuns hiking in their habits up the mountains surrounding Bend. And all together, now: "Climb evvvvvery mountain! Ford evvvery stream! Follow every rainbow! Till ...you... find... your... dreeeeeeeam." (Sound of Music? Anyone?) 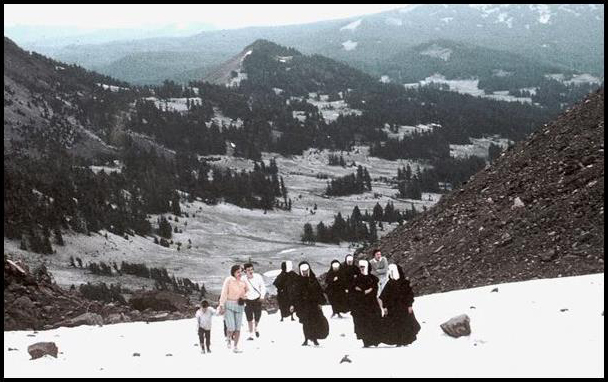