Have you heard of the game "Six Degrees of Kevin Bacon"? Invented by three college kids in 1994, the premise of this parlor/drinking game is to find the shortest path between an arbitrary actor and prolific character actor Kevin Bacon. (For examples, see The Oracle of Bacon.)

While we don't have a Bacon connection (that we know of at the moment, still working on that), we did discover a connection between McMenamins and . . . THE BEATLES.

Boom. [mic drop]
* Yes, we are well aware that Ringo Starr has played at Edgefield. That counts; but keep reading... 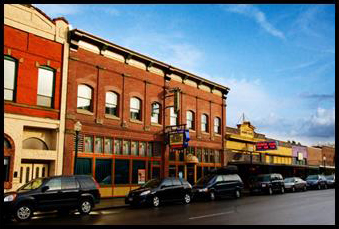 This is the Olympic Club, in Centralia, Wa. The deal for McMenamins to purchase the place was brokered by a local lawyer named Jack Cunningham in the mid-1990s. Incidentally, Jack's wife Peggy (Mahaffy) Cunningham was Mike and Brian's mother's sorority sister.

Unbeknownst to us at the time (strangely, he never mentioned it), Cunningham's brother was world-renown modern dancer Merce Cunningham (below). 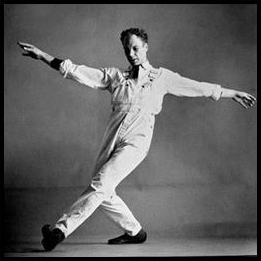 Merce grew up taking dance lessons in Centralia from Mrs. Maude Barnett. He left Centralia at 18 years old to attend college on the East Coast, but then made his way back to the Pacific Northwest to attend what's now Cornish College of the Arts in Seattle, under the tutelage of renowned dancer Bonnie Bird (who grew up in Bothell, Wa., home of the Anderson School). When legendary dancer/choreographer Martha Graham saw 20-year-old Merce dance in Seattle, she invited him to New York City to join her dance company as a soloist in 1939. 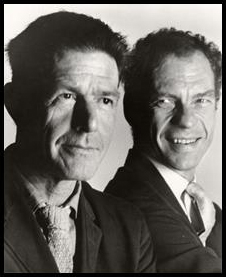 Merce Cunningham became partners, both professionally and eventually personally, with noted avant-garde composer John Cage (left, with Cunningham). Cunningham first met Cage in 1938 in Seattle, when Bonnie Bird engaged him as the accompanist for her dance classes at Cornish College. The two met up again in New York in the early 1940s, where they began a lifelong artistic collaboration . In the late 1940s, John Cage became the mentor to performance artist Yoko Ono (below, with Cage). Cage was a guiding influence in her art and her life until his death in 1992.

It was at one of Ono's art openings in 1966 that she first met John Lennon. As he remembered, "She didn't know who I was, she'd only heard of Ringo. . . . And she came up and handed me a card which said ‘breathe' on it, one of her instructions, so I just went [pant]. This was our meeting." Yoko Ono married John Lennon in 1969.

John Lennon was a member of The Beatles, the English band from Liverpool that is widely regarded as the foremost and most influential act of the rock era. 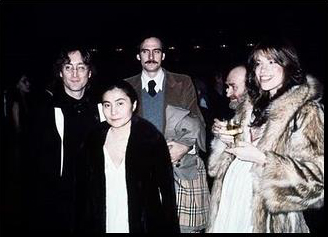 While I wasn't able to easily find any images of Cage, Cunningham, Lennon and Ono together, there is this one, "taken on Jan. 18, 1977, at the Broadway premier of modern dance choreographer Merce Cunningham" (with Carly Simon and James Taylor, of course).